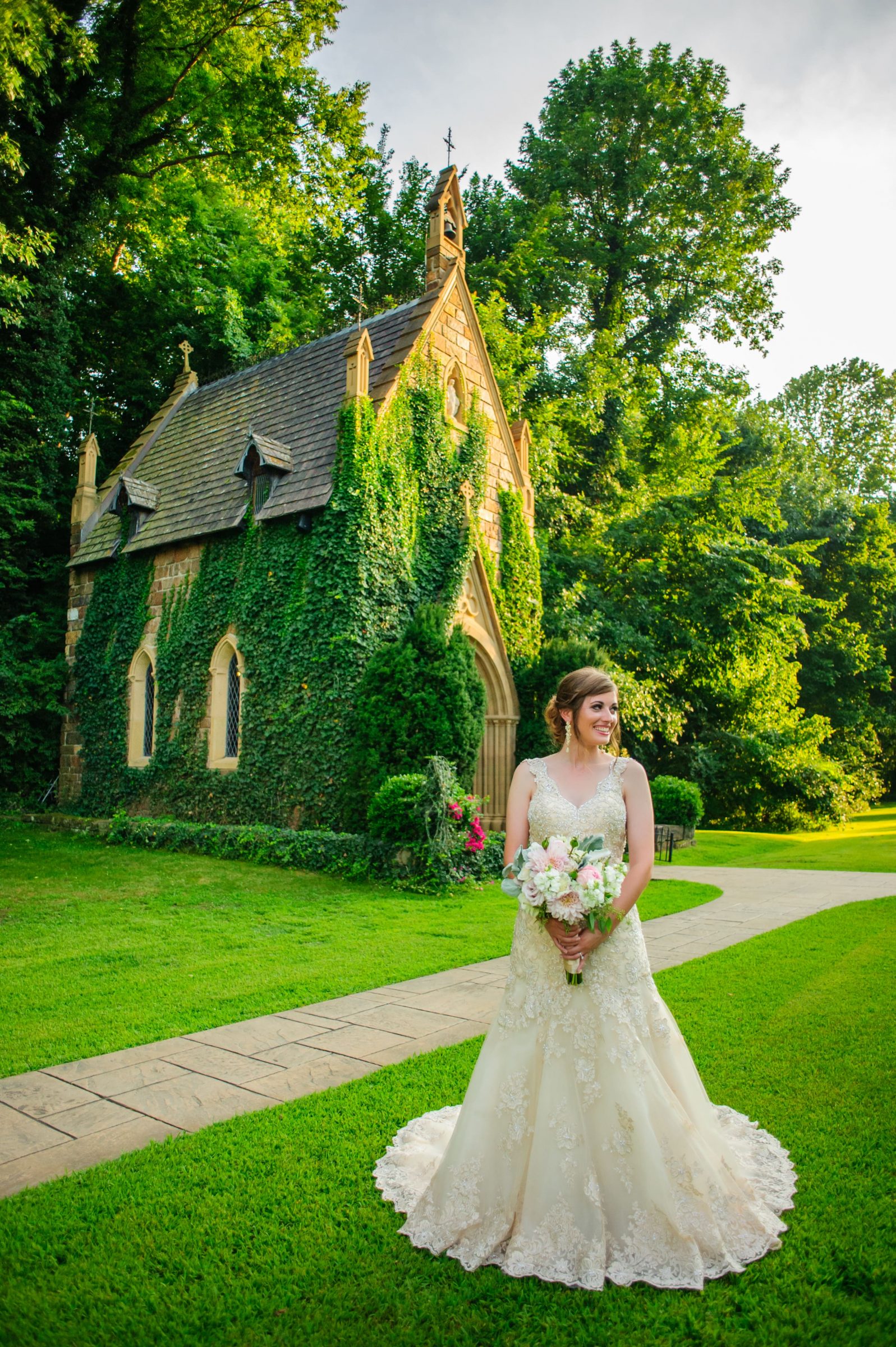 Arkansas is a state located in the southeastern region of the United States. Arkansas, also known as “The Natural State” or formerly “The Land of Opportunity”, offers some of the most beautiful and spectacular sights and places to visit! The culture of Arkansas is observable in museums, theaters, novels, television shows, restaurants, and athletic venues across the state. This state contains over 600,000 acres of lakes and 9,700 miles of streams and rivers! Let’s explore most beautiful places to visit in Arkansas.

Whitaker Point is a beautiful Arkansas that has appeared in Disney movies, as well as a journalist’s article regarding the best places to be kissed! The jagged outcrop itself is as old as time—it has seen countless proposals through the generations. It offers views that will blow your mind. But be careful, because this place is as dangerous as it is beautiful. The edge of the rock is steeper and narrower than you’d first think, and this beautiful spot has seen tragedy in its time.

Roark’s Bluff towers over the Arkansas skyline as if defending the area from an unknown enemy. Roark Bluff is a popular spot for photographers. It’s easily accessible, beautiful, and tends to have a variety of different lighting in the early mornings as the sun rises and reflects off the rocky bluff. A lot of amazing photos have been shot here.

Nestled among serene Arkansas greenery, St. Catherine’s is a church quite unlike any other. St. Catherine’s was begun in the summer of 1986 and completed twelve years later. A stained glass window and doors from a church in England inspired the project so that over the years, stone by stone, an edifice was built around them on the banks of Hamstring Creek. The engineer who built the chapel, Lowell Boynton, used no plans, storing the details in his head during the years the church was under construction.
Now, St. Catherine’s is a beautifully hidden sanctuary for silent contemplation. The doors of St. Catherine’s are open to all faiths, and those who wish to pray or meditate are welcome.

An authentic reproduction of an old water-powered grist mill, this striking structure appears in the opening scene of the classic 1939 film Gone with the Wind and is believed to be the only building remaining from the film.  The park is decorated with sculptures of toadstools, tree stumps, and a tree branch-entwined bridge that connects the mill to the rest of the park.

Even if you have no interest in the mill itself, the park as a whole is magnificent, making it the perfect picturesque backdrop for photographs and videos.

This is a beautiful waterfall and a scenic area located in the Upper Buffalo Wilderness of the Ozark National Forest. The hike to it follows an old road and is used by hikers, so it is usually easy to follow.

There is a beautiful pool at the base of the falls that makes the trip worth it! While you are here, be sure to visit the other two waterfalls, which are just a little further down the old road, McClure Falls and Smith Falls.

Blanchard Springs Caverns is one of the most spectacular and carefully developed caves found anywhere in the world. It is located in the Ozark National Forest and is believed to have been formed, and continually changed, by an ongoing mountain spring that pours into a glassy-surfaced trout pond below the cave, called Mirror Lake.

Blanchard Springs Caverns can hardly be described in words! You must visit the caves to truly understand and appreciate their beauty. Entering the world of the underground is always a thrilling experience. Before entering the cavern, visitors will have an opportunity to view a short movie, introducing the wonders of the underground world they are about to discover.

Buffalo River Waterfall is a single-drop waterfall located within the Ponca Wilderness Area of the Buffalo National River in northern Arkansas. For most of the year the flow over Buffalo River Waterfall is subdued and during dry periods can diminish to almost nothing. As one looks upward, the water breaks into thousands of individual droplets. Wind swirling in the canyon causes the falls to continually dance about. During times of heavy rain, typically during late winter or early spring, water spills heavily off the cliff.

The section of the Buffalo River between Ponca and Kyles Landing is deemed by many to be the most scenic float of the entire 150 mile-long waterway, and it’s easy to see why! This stretch cuts straight through rough, mountainous terrain that’d be incredibly difficult to navigate on foot. Sharp outcrops of rock, massive bluffs, and spectacular foliage line the entire stretch—leaving an everlasting imprint of the Ponca area in the memory of any visitor.

Located just outside the Flatside Wilderness, and located along the Ouachita National Recreation Trail, the Flatside Pinnacle is a 1,550 mountain peak/rock outcrop that, when you climb to the top via a short but steep trail, offers one of the best sunset views in the entire Ouachita Mountains.

Castle Rogue’s Manor, located in Eureka Springs, Arkansas is just amazing. This castle-like architecture is definitely something to see! A fantastical setting for many weddings, galas, and special events, in this manner you will find oddities and excitement all over. Built over two decades, medieval and fantasy fans will be in their element at Rogue Castle’s Manor.

Magnolia Falls is in southwest Newton County in the part of the Upper Buffalo Wilderness that is in the Ozark National Forest. There is very easy vehicle access to the trailhead and a well-defined trail that is relatively easy to follow. Magnolia Falls itself is a very interesting 26-foot tall waterfall that pours into a great little pool of water. The area around Magnolia Falls is very scenic beyond just the falls itself with some great bluffs and rock features.

This waterfall may be the best-kept secret in the Buffalo River area—as visitors tend to flock to Hemming Hollow and the like, you’ll often find yourself alone at Magnolia Falls, making it an excellent spot for quiet thought and meditation.

Devil’s Den State Park is an Arkansas icon. It is a beloved natural and historic treasure where over the decade’s park visitors have made memories to cherish a lifetime. Nestled in picturesque Lee Creek Valley in the Ozark Mountains, Devil’s Den is one of Arkansas’s five, original state parks built by the Civilian Conservation Corps in the 1930s. In these beloved parks, the rustic-style facilities mirror the rugged natural beauty that surrounds them.

In the heart of Devil’s Den, a rock dam spans Lee Creek forming Lake Devil. This eight-acre lake is a serene setting for fishing, kayaking, and pedal boating.

Though Whitaker Point tends to steal the attention here, the rest of Hawksbill Crag is certainly not to be ignored. Hidden deep in a dense, bluff-filled wilderness, Hawksbill Crag offers something for outdoors enthusiasts of all walks. Climbers will appreciate the jagged landscape and the sheer drops while naturists will enjoy the tranquil serenity of the surrounding hardwood forests and natural Arkansas greenery.

Petit Jean State Park is a wondrous place. 21 miles of hiking trails lead you through unblemished Arkansas wilderness, with untamed bluffs and wild caves for the avid outdoors explorer to enjoy.

According to legend Petit Jean was actually a young 18th-century French woman. When she discovered that her fiance planned to explore the Louisiana Territory, she cut her hair, disguised herself as a boy, and managed to find a position as a cabin boy. She survived the voyage and the expedition began their exploration. Once they had reached the area of the mountain, the young woman became ill, on her deathbed she revealed herself to her fiance and was buried on the mountain, not under her own name, but under the name, she had been known by on the ship “Little John”.

Soaring over 1,000 feet over the Arkansas River Valley, Pinnacle Mountain, and its surrounding state park are must-see natural wonders for any and all outdoors enthusiasts. A number of hiking trails are in the park. Two of the most popular trails ascend to the summit of Pinnacle Mountain: The West Summit Trail is one of the most heavily used trails in Arkansas, while the East Summit Trail ascends even more steeply up several rock scrambles.

The Best Vacation Rentals in Los Angeles For Unforgettable Moments